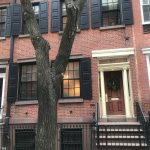 Get the scoop on Central Park: “America’s greatest 19th century artistic masterpiece” We’ll grab a bench, there are 8,500 to choose from. Why did it take 20,000 men 14 years to build? You’ll find out! Madison Square Park: Named after President Madison he had a cottage there. This magnificent pocket park is where the first baseball game was played however not everyone would agree. It’s a magnificent park rich in history, numerous monuments and the first Shake Shack… Read more » 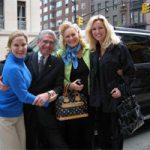 Celebrate and honor the lucky couple’s 50th wedding anniversary, or a milestone birthday, a trip back in time to “the old neighborhood” are among the most requested tours. We’ve provided many such tours; it’s a joy for all. Visit where the honored couple shared their first kiss, or the honoree’s birthplace. The hall where their senior prom was, first Holy Communion… Read more » 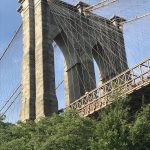 Let’s traverse the “Great Bridge” either ride or walk. Fascinating folklore the challenges and tragedies of construction. Why did P.T. Barnum march elephants across the bridge? Why is it named Brooklyn Bridge, it connected, when completed The City of New York with The City of Brooklyn. Not an obvious answer. Humm? Read more »

This is a widget ready area. Add some and they will appear here.