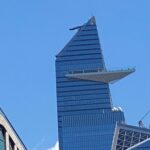 The Edge is a triangular steel slab that juts out at the top of the tallest building in Hudson Yards. A small portion is ultra-thick safety glass over 1,100 feet above the ground. It’s a unique and breathtaking experience. 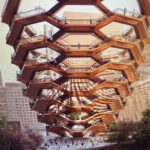 The Vessel, a five star attraction, is a marvelous centerpiece of Hudson Yards. It’s a sixteen story spiral staircase leading to the top with nothing to buy, do or eat. Designed by a British architect and designer Thomas Heatherwick with a $40 million price tag. 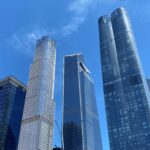 Hudson Yards is The largest real estate development in American history with a $25 Billion price tag. It’s a mega shopping center, huge theatre, numerous skyscrapers for commercial use as well as luxury condos costing millions. To see it is to believe it, a city within a city. 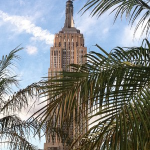 A must see for first timers, an icon of the city, built in miraculously thirteen and one half months, completed in 1931! But, it’s the story behind this edifice that makes it all come alive. Whose idea was it? Why was it built? Was it a profitable venture? We’ll delve into the incredible innovations that… Read more » 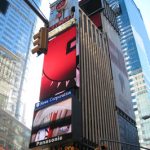 Most visitors enjoy Times Square while attending various theatre performances, shopping, or having a meal or enjoying numerous other attractions such as Ripley’s Believe it or Not or Madame Tussaud’s House of Wax, etc. Times Square can be a pass through or a short walk-about during your tour. A word of caution, do not purchase electronic… Read more » 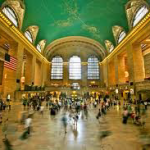 It’s the largest terminal in the world with 44 platforms and 67 tracks and one of the only terminals with platforms on two levels. This massive 1913 neoclassic beaux arts edifice is a feat of engineering and aesthetic design that is truly most impressive, massive, majestic and spotless. This is the way terminals should be. Enjoy… Read more » 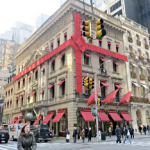 Nothing in the world compares with the grandeur, elegance and bustle of our premier boulevard. From the “gold coast” to Museum Mile , Central Park, The Plaza, The Peninsula, The Met, Bergdorf’s, Tiffany’s , Trump Tower, Cartier’s, Harry Winston, The Apple Store, St. Patrick’s, Saks and Rockefeller Center. It’s a candy store for your eyes… Read more » 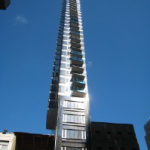 A 44-floor rental that is 18 feet wide illustrates the concept of “air rights”; that’s a New York City invention. The drama of this edifice provides evidence of the “air rights” concept and draws wonder. View the best example of how New Yorkers find solutions to problems, achieving success. Camera a must! Would you live… Read more » 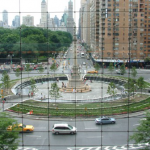 A new town square will impress you for many good reasons; The Sr. Norman Foster Hurst Building, a $500 million skyscraper literally built within a six story-surviving landmark. Hurst headquarters erected in 1929 did not prevent the construction of this beauty. The Time Warner Center, (2002) the nation’s largest mix-use building, most expensive home purchased… Read more » 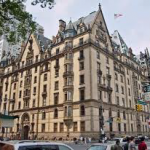